Focal Alpha 80 after three years of use.

Many audiophile testers usually make a decision on the knowledge of a peaker based on first impressions, but what if someone has been using the speaker for several years? Well now is the time to give you my opinion on the Focal Alpha 80.

Let's start with the benefits. Not only does it bring out what you need in terms of volume, but it also brings out the lower frequencies with excellence, which is a definite advantage when mixing. The bass doesn't smear, and you can clearly hear where the note is pitched. On softer speakers, the bass appears as an unintelligible hum. Another big advantage is that it doesn't distort at higher volumes, the sound remains clear.

The transients are excellent. The bounces do not disappear, they are clearly understandable. This is also a great advantage when mixing.

Although not decisive for me, I have to mention that the volume of the speaker is quite high, it doesn't distort at higher volumes.

However, there are drawbacks. The sense of space is phenomenal, however, it is only at its maximum when the listener is listening on the axis line of the speakers or the speakers are at least two metres away from the listener. From a closer listening distance than this, a slight deviation from the axis line will adversely affect the experience, to the point of causing problems in the mix. You can get used to it, but it bothered me.

There is a much bigger problem. And that is the appearance of the frequencies. There's an annoying midrange that's raised, and it's distracting to the listener. It's very easy to mix the audio incorrectly as a result. The high range is already slightly loud and harsh, you can get tired of listening to it very quickly. Obviously, the high frequency can be cut on the back panel, but the result is not perfect./p>

The speaker hums. Even if I use a symmetrical cable, even if I don't want to, you can still hear the basic hum. Most of the time it doesn't bother me, but there are situations where it does.

For a short while I wanted to replace the speaker with the Kali Audio IN-8 speaker, but I realised that would have been a step backwards. The capabilities of the two speakers are different, but despite the Focal's high-frequency deceit, it still produces a more accurate mix than the Kali Audio. Although it's a more linear piece, there is a loss of detail at certain frequencies, whereas with the Focal this is not apparent. So I'll stick with the Focal for now, but I did give it a try. I bought a DBX graphic EQ and adjusted the frequencies that were problematic for me in place. So the signal going to the speaker is now modified. This is not the best solution in general, but I didn't feel the disadvantage with the Focal. I think that this speaker fine for smaller budget studios. 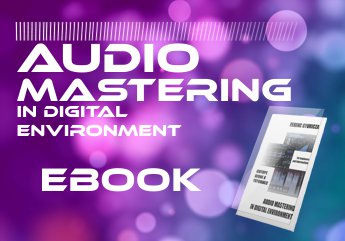